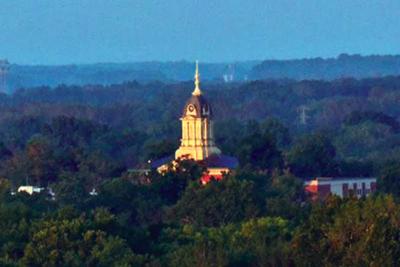 PLYMOUTH – A Kingsford Heights woman was recently sentenced to over five years in prison for dealing methamphetamine in Marshall County in 2018.

Marshall Superior Court I Judge Robert Bowen sentenced Melinda M. Chmielewski, 48, to six years in prison after she pleaded guilty to dealing methamphetamine as a Level 4 felony, which carries a sentencing range of two to 12 years. The average sentence is six years.

As part of Chmielewski’s agreement with the prosecutor’s office, a second dealing meth case was dismissed.

In sentencing Chmielewski, Bowen found several aggravating factors, including her prior incarceration for criminal offenses, prior drug-related convictions and the likelihood that she’s a high risk to reoffend, according to the sentencing order.

The judge noted, however, that Chmielewski can seek a sentence modification if she successfully completes an Indiana Department of Correction-approved substance abuse treatment program and is free of conduct violations.

Chmielewski allegedly sold about 1 gram of meth for $100 to a confidential informant working with the Marshall County Undercover Narcotics Investigation Team in early August 2018.

Later in August, Chmielewski sold an undisclosed amount of meth while in the parking lot of a Plymouth strip mall.