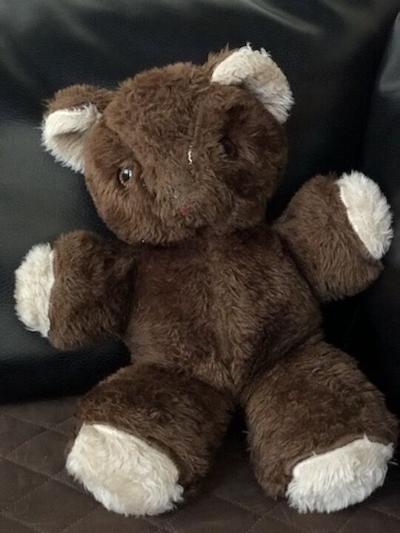 As I was discussing my memories of the REES Theater from my childhood with REES volunteer Denny Bottorff about a week ago, one memory stood out in my mind above the rest for the simple child-like nature of it all.

When I was quite young, though the exact year escapes my memory, my father took me to the theater for a Christmas themed movie.

Much to my surprise I found myself standing in line to meet Santa Claus after the show was over.

I remember growing increasingly anxious to meet this mystical being that I had only heard about but never met face to face.

I could hear my heart in my ears pounding so hard in my chest as I was next in line.

Santa motioned for me to come sit on his lap and much to my dismay he asked me a question.

Though I was anxiously delighted to meet the jolly elf I had been painfully unprepared for any questions.

He smiled behind his white beard looking at me with sparkling eyes and asked, “What do you want for Christmas?”

For whatever reason I hadn’t mastered the art of creating a wish list at this point in my life and had really always left the gift giving to Santa’s better judgment.

Not wanting to miss my chance to make this monumental request I answered in my small voice, “A teddy bear.”

A wave of relief swept over me as I slid off Santa’s lap and returned to my dad after successfully answering Santa’s question.

Though I had not set my heart upon that bear before meeting with Santa, I had been sure Santa would bring me a bear as he heard with his very own ears that a teddy bear was what I wanted.

Christmas morning came and to be honest I don’t remember what Santa brought me that year because I noted what he didn’t.

What he did not bring me was a teddy bear.

Please don’t judge me too harshly.

It was not that I was ungrateful for the beautiful gifts Santa had brought me that year.

I simply marveled that perhaps he didn’t hear me.

Perhaps he thought better of the teddy bear and wanted to give me something else instead.

Over the years that interaction with Santa became one of my cherished memories.

With age it became more precious to me for reasons that people as they grow older might understand without spelling it out here.

I was given the honor of covering the annual Christmas Tree Lighting Ceremony in downtown Plymouth this year.

I spent the morning, afternoon, and evening enjoying the spirit of the holidays in Marshall County unlike I ever had in the past.

From “Shop Small Saturday” to the beginning of Saturday’s festivities at 5 p.m., I marveled at how much joy was in my heart just to be seeing the community come together in nothing less extraordinary than a “Whoville”-like celebration with the only visible Grinches being in the form of decorations only.

The parade of lights, followed by the Christmas Tree Lighting by the bridge, and the photographs with Santa at the museum reminded me of the old movies I used to watch of a time which seemed simpler.

As I reflected on that I began to wonder if perhaps those times really weren’t simpler for the people living in them.

Hardship and beauty are as relevant in all walks of life as they are at any time.

Love in all it's forms are as timeless as any human conditions or emotion.

I sat in my office uploading festive photos from the evening’s enchanting events.

I was contacted on my phone with a request to run down to the REES to meet a “very special guest” who would not be in town long and would make for a great interview.

I grabbed my coat from the back of my chair, ran down the stairs, and hurried toward the theater among those who were still walking along the sidewalks of downtown Plymouth taking in the last of the evening.

I was greeted by REES volunteer Denny Bottorff who opened the door for me.

As I peered around to see who this “must meet interview” was, I beheld Santa Claus wanting for me in the same theater where I first met him.

This time I was given the additional honor of being in the presence of Mrs. Claus.

All of my unpreparedness for the inteview of my lifetime reminded me again of that fateful interaction with Santa as a child over 30 years ago.

I couldn’t help but laugh at the sweetness of it all.

I was invited to sit on Santa’s lap just as I had when I was a little girl.

He reminded me of when we met when I was young as he smiled behind his white beard looking at me with sparkling eyes.

We spoke about the teddy bear and Mrs. Claus pulled Santa’s bag out from beside his chair.

He pulled from his red velvet bag a beautiful, vintage brown teddy bear whose nose was slightly worn and his fur just the slightest bit aged.

Santa and Mrs. Claus brought for me the teddy bear that I had not received many years ago.

My precious gift was the same age as me - as if perhaps he had been mistakenly left behind in Santa’s bag those many years ago.

I want to take this opportunity to express my heartfelt thanks to the REES for providing me an opportunity to meet Santa so many years ago and for reuniting us this weekend.

I want to thank Santa and Mrs. Claus who brought me my teddy bear over 30 years later.

I couldn’t help but think sitting on Santa’s lap at the theater how grateful I am that it is being renovated.

It is still one of my favorite memories from my childhood.

I couldn’t help but think of an editorial that many of us are familiar with, “Is There a Santa Claus?”

I could almost hear the same words in my heart so many years later in the theater Saturday night, “Yes, Virginia (Jamie), there is a Santa Claus. He exists as certainly as love and generosity and devotion exist, and you know that they abound and give to your life it's highest beauty and joy.”

That editorial was printed in the New York (Sun) Times in 1897.

I can’t help but think how many times Virginia’s letter has been referenced in old books and movies in some form.

I am beyond humbled that this local reporter got to experience anything so precious over 100 years later.

I am thankful for all of the people who's existence are similar to Santa’s as described above.

An existence of “love” and “generosity” and “devotion” to their fellow man, woman, and child.

As the author of the editorial stated above, and I believe this is certainly true in Marshall County. “(They) give to your life it’s highest beauty and joy.”