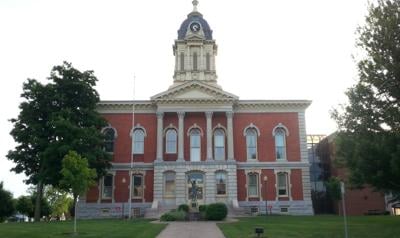 The Marshall County Prosecutor’s Office charged Eric K. Butterworth, 43, with two counts of child molesting as well as a count of possession of meth.

Butterworth inappropriately touched a pair of girls sometime between September and October.

Marshall County sheriff’s Sgt. Nick Laffoon began investigating Butterworth after one of the girls – ages 11 and 13 – reported the incident to her mother, who then alerted police.

Butterworth, who is acquainted with the girls, initially took the children to a convenience store to buy Monster energy drinks.

“When the victims asked about the powder, Eric described it like powdered Gatorade that can be smoked,” Snyder writes in the court documents. “They advised that Eric put the white powder into a glass tube with a ball at the end of it and helped them smoke it.

“After the victims smoked the powder, they described different sensations which they had experienced,” the detective continues. “Victim 1 said she immediately felt sick to her stomach, while victim 2 said she felt dizzy and jittery. Both victims said they did not sleep at all that night, but later did sleep all day. Based on the description provided and the effects experienced, the juvenile victims were supplied methamphetamine.”

Butterworth made an initial appearance in Marshall Superior Court I on Tuesday. He remained in the Marshall County Jail on $50,000 cash bond late last week, jail officials said.

It wasn’t known if he has an attorney or if a trial date has been set.

The most serious charge against Butterworth is one of the child molestation counts, which is a Level 2 felony. A Level 2 felony is punishable by 10 to 30 years in prison if convicted.