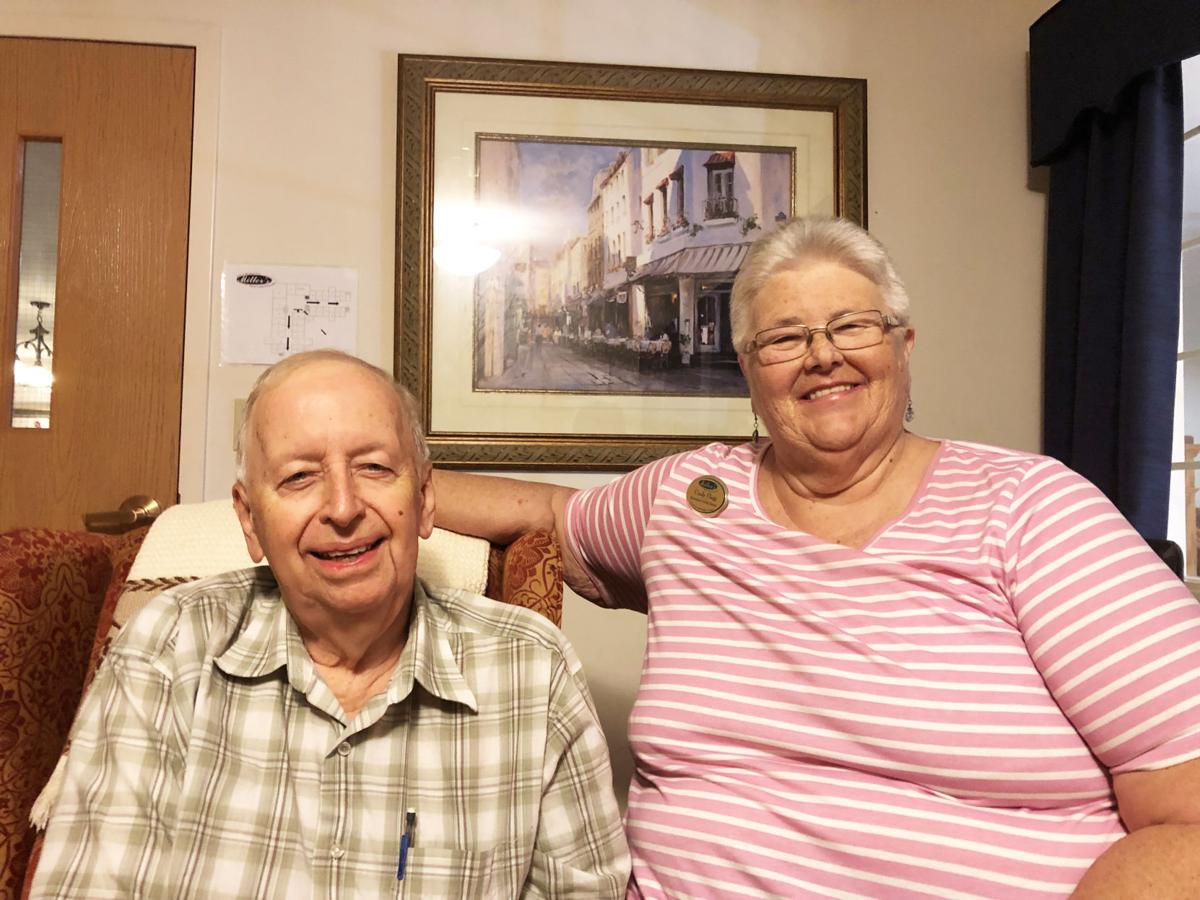 Director of Marshall County Church Orchestra Don Harness with member Cindy Flagg are eager to honor those being paid tribute at the Traveling Vietnam Wall in September. 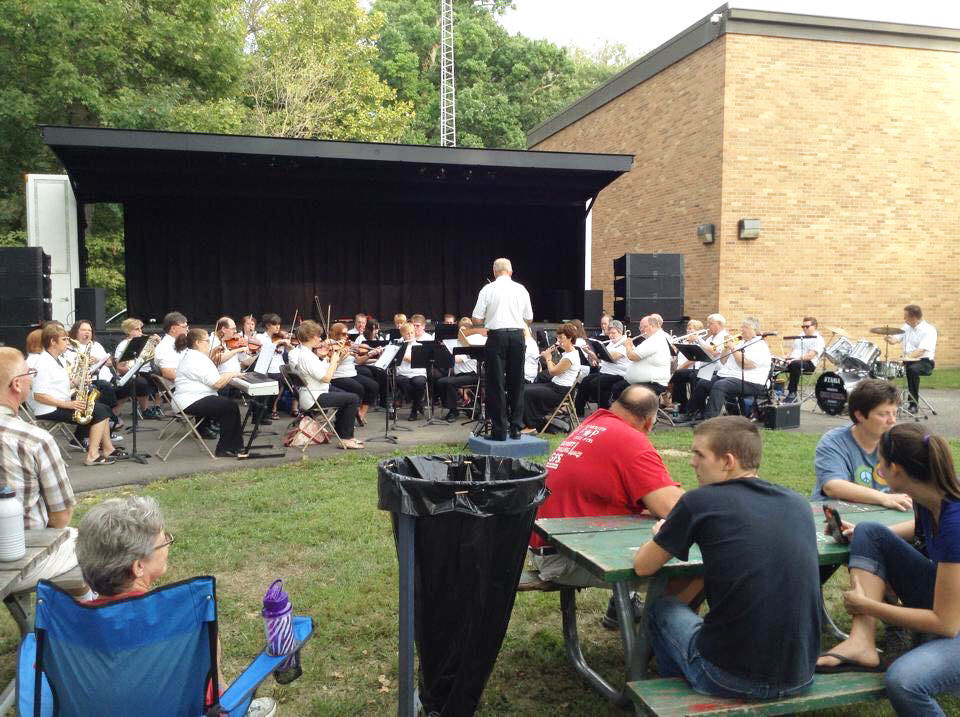 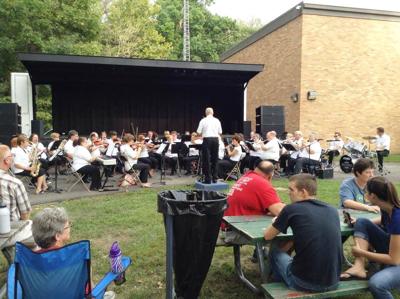 Director of Marshall County Church Orchestra Don Harness with member Cindy Flagg are eager to honor those being paid tribute at the Traveling Vietnam Wall in September.

PLYMOUTH — The Marshall County Church Orchestra, led by Director Don Harness, is honored to be performing at the AVTT Traveling Vietnam Wall coming to Plymouth.

The memorial wall is being brought to Plymouth on September 11 sponsored by the Plymouth American Legion, Post 27.

The orchestra will be providing background patriotic music Friday and Saturday evening starting at 6 p.m.

The ceremonies begin at 7 p.m.

The orchestra will be playing the National Anthem ‘Star-Spangled Banner’ and other works during the ceremony.

Harness said, “This wall coming here is an honor for our community. It doesn’t go just everywhere. It is certainly an honor for us to be asked to play in it.”

Cindy Flagg, who plays cornet, comes from a patriotic family.

“My father was in World War II. My brother served during the Vietnam Era. We are a very patriotic family. We have just always been passionate about America and our flag. To me, when I first heard about the Vietnam Wall, I wanted to see it, but never had the opportunity. I think this is just a wonderful opportunity for everyone to get a chance to see it. To be asked to play, is just to me, the ultimate honor for our orchestra.”

Flagg discussed the hardships facing those who served in Vietnam, “When you think about Vietnam, I was proud of my brother for serving. We were proud as a family. As a nation, they didn’t get the recognition they deserved. I think that is sad. This is a way to honor them and remember it.”

Harness shared memories of his step-father, Major James T. Gehrke, “I’m like Cindy, my stepfather was a major in the Army during World War II.” Harness choked up slightly as he shared about the emotional impact in response to the holocaust, “He told me stories about taking his men in and liberating some of the prisoners in the concentration camps.” He paused to clear his voice with tears in his eyes. “He said they saw people standing there naked like skeletons with skin stretched over their bones. When the American soldiers went in, many of them started crying.”

Harness said, “I am not a veteran myself. I would have been during the Vietnam Era. I was in college at the time. I was never drafted.”

Harness shared, “I know my grandmother was a friend of the head of the draft board. She asked him once if I was going to be called. He said that he was going to try to leave the boys in college who were already in college if he could. There were a lot of young men who weren’t. I don’t know if that was fair. But it is the way was.”

Both musicians are eager to honor those who served in September.

It is the only college in the United States specializing in the training of music educators.

“My high school band director inspired about half a dozen of us to pursue our education at Vandercook. He was a graduate of Vandercook. So we went there for training. It is a very unique school on the campus of Illinois Institute of Technology. All they do is train music teachers.”

The Marshall County Church Orchestra was officially established in 2004 making this 15 years, though the vision began to manifest in 1998 with a group of 9 people at a local church led by Harness. “I just felt that God was telling me to increase my ministry and open this up to other churches. So we did.”

The outreach was fueled by newspaper articles and a meet and greet held at the Plymouth Public Library.

“We immediately doubled in size. We then doubled again. We are up to 40 members now.”

“The majority of our members had not played for a number of years after high school when we started this orchestra. They got back into it and many of them are doing very well.” Harness said. The orchestra performs classical, marches, popular songs, patriotic music, jazz, show times, movie themes and hymns. They perform at churches, nursing facilities, retirement communities, special concerts, and can be commissioned for private parties.

Of the orchestra, Flagg said, “We seem to be a well kept secret in Marshall County. When I talk to people, they tell me they didn’t know there was an orchestra. I think to myself, ‘How can you not know after this many years? We play at the Farmers’ Market twice every summer. We have our big Christmas program to start the holiday season in November.”

The orchestra, now consisting of 40 members ranging in age from 12 to 94, practice for 90 minutes every Thursday evening in the community room at the REMC from 7 p.m. to 8:30 p.m.

Harness said, “I know there are people who look forward to our rehearsal as the high point of their week.”

“It is. It doesn’t matter how tired I am, and believe me as I get older I am more tired. But once I get to orchestra I really perk up. For one thing, just breathing makes your body feel better. But, just the camaraderie. It’s my friends. It’s just good. It is the highlight of my week.”

Those who have a willing heart to participate but cannot afford an instrument or don’t want to make the investment until they confirm that the orchestra will be a good fit for them can be provided an instrument to borrow.

Flagg said, “We will find one for them.”

Harness continues was he feels is a ministry, “I felt as though I have had the pleasure and blessing of some of the best teachers over the years. I want to pass that on what I have learned to my people. I am seventy eight years old and I could easily be retired. But, I have people in the orchestra who have been with us from day one. None of them have expressed the view to me that they would like to call it quits. I feel obligated to them to keep it going on as long as I can. My high school band director, Guy Forman, directed the Michigan City Municipal Band until he was eighty. So I have two more years to match that.”

No audition is required to play.

Harness said, “Anyone is welcome regardless of their playing ability. We have a wide level of abilities now.”

The AVTT Traveling Vietnam Wall will be arrived Wednesday, September 11 and will be displayed in downtown Plymouth in River Park Square starting on Thursday, September 12 at 12 p.m. (noon). 58,282 names of the soldiers lost in Vietnam are displayed on the replica.

Plymouth Mayor Mark Senter will welcome all at the opening ceremony which will be held on Thursday September 12 beginning at 7 p.m. Cadets from the Culver Academies will be represented by presenting the colors, providing music and sounding ‘Taps’. Reverend Dr. Samuel Boys will be offering the invocation and benediction. Representative Jack Jordan will be the keynote speaker that evening.

Friday, September 13 the ceremony will honor local Vietnam Veterans. The keynote speaker will be Brigadier General David Vesper, Deputy Commander of the Indiana National Guard.  The invocation and benediction will be given by Reverend Toni Carmer from the First United Methodist Church in Plymouth. Music will be provided by the Maxinkuckee Singers directed by Thomas Boys.

Saturday, September 14 the ceremony will honor local first-responders. Mayor Mark Senter will open the ceremony.  Local Boy Scout Troops will present the colors. Vietnam veteran and former Plymouth Emergency Medical Services Paramedic David Houghton will deliver the invocation and benediction.  The orchestra will play along with the Drum & Bagpipes group to provide music for the evening. The keynote speaker Saturday will be Vietnam veteran Ren VanGilder. An Honor Guard comprised of members of the Plymouth American Legion, Plymouth VFW and the DAV will play taps and do a rifle salute.