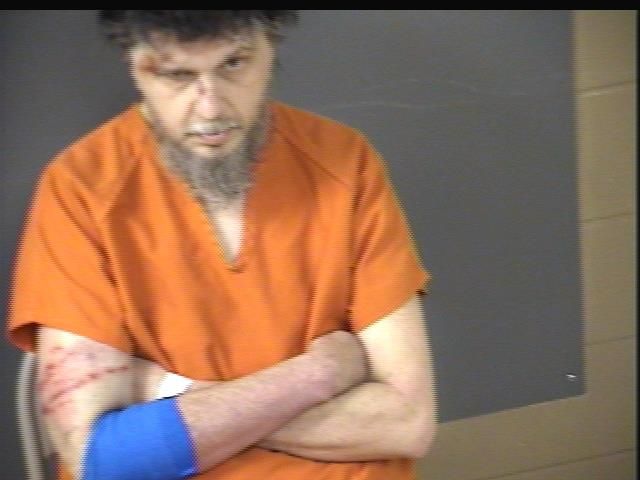 KNOX – A judge has set a March trial date for a Knox man accused of fatally shooting another Starke County man in the head on Thanksgiving.

Campbell was arraigned Wednesday in the courtroom inside the Starke County Justice Center.

Calabrese ordered Campbell to be held without bond in the Starke County Jail.

“The suspect dangerously drove down several different roads, including state highways, with the suspect driving into and running oncoming traffic off the varying roadways,” Starke County sheriff’s Chief Det. Adam Gray writes in the probable cause affidavit.

Eventually, the chase ended along C.R. 400 West, south of C.R. 150 South. Campbell fled on foot into a farm field but was taken into custody.

Bailey was pronounced dead at the scene. Five people witnessed the shooting.

A motive for the homicide was not stated in the court documents, but Campbell is the nephew of Bailey’s wife, Frances Bailey.

Frances Bailey said there wasn’t a fight or argument before Campbell shot Bailey. She told investigators she “had not seen him in a very long time,” according to Gray’s affidavit. “She also indicated that Randy Bailey did not provoke James Lee Campbell in any way.”

Bailey’s stepson and the other witnesses backed up Frances Bailey’s story, saying there was no provocation before Campbell shot Bailey.

Several witnesses told detectives they heard a gunshot and then saw Campbell shoot Bailey in the head. They then fled into some neighboring woods to escape Campbell.

Funeral services for Bailey, who previously worked maintenance for Stelrema Corp., were held Wednesday at Braman and Son Memorial Chapel.

Bailey enjoyed working in his yard, gardening, cooking and fishing, according to his obituary.

“Randy was a good Christian and had a strong belief in the Lord, he will sadly missed by many,” his obituary reads. “Randy's greatest passion was spending time with his family and grandchildren.”

Bailey is survived by his wife, four children, 13 grandchildren and eight great-grandchildren.

Memorial contributions can be made to the family.