Sign Up
Log In
Purchase a Subscription
You are the owner of this article.
Edit Article Add New Article
News
Sports
Entertainment
Multimedia
Obituaries
Classifieds
1 of 4 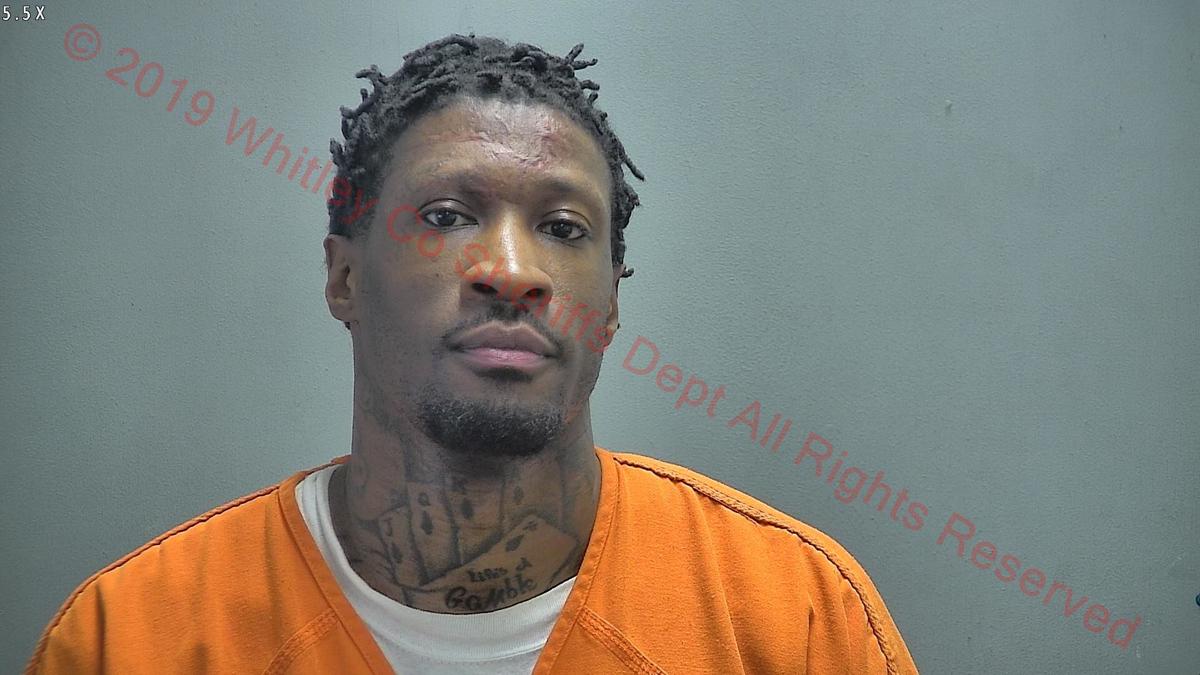 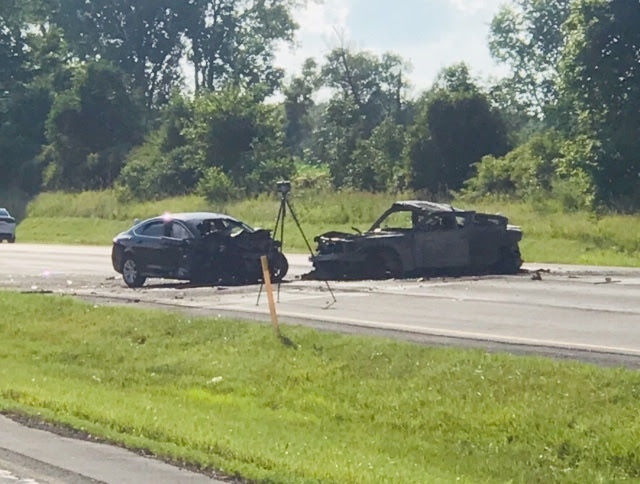 A pursuit that started with a carjacking in Plymouth in July ended outside of Columbia City. The suspected carjacker collided with a Whitley County sheriff’s deputy’s patrol vehicle, causing it to burst into flames and killing his canine partner. 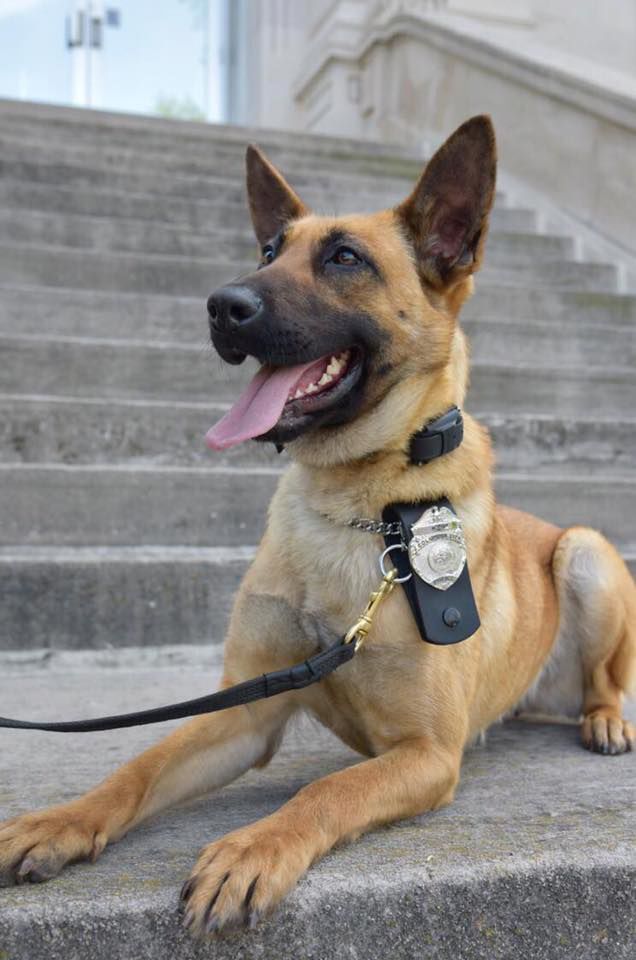 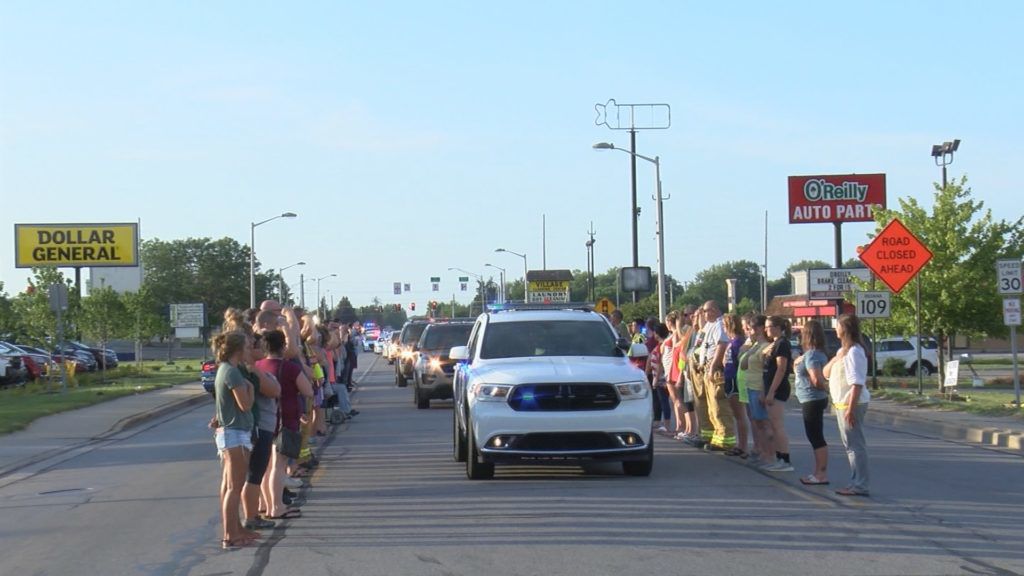 Mourners line the road in July for a police procession for Whitley County sheriff’s canine Castorka, who was killed in a fiery crash that ended a pursuit that began in Plymouth.

A pursuit that started with a carjacking in Plymouth in July ended outside of Columbia City. The suspected carjacker collided with a Whitley County sheriff’s deputy’s patrol vehicle, causing it to burst into flames and killing his canine partner.

Mourners line the road in July for a police procession for Whitley County sheriff’s canine Castorka, who was killed in a fiery crash that ended a pursuit that began in Plymouth.

COLUMBIA CITY – A Fort Wayne man charged with carjacking a vehicle in Plymouth and leading officers on a multi-county pursuit that ultimately ended with a police canine’s death in Whitley County was arraigned last week in Columbia City.

The Whitley County Prosecutor’s Office charged Clarence L. Shearer, 32, in September with unlawful possession of a firearm by a serious violent felon, causing death of a law enforcement animal when operating a motor vehicle, resisting law enforcement and criminal recklessness with a deadly weapon.

Shearer was being held on $100,000 surety bond late Friday. He was previously being held without bond in the Allen County Jail on an outstanding warrant.

A trial date has not been set in the Whitley County case.

The victim told officers a man armed with handgun, later identified as Shearer, stole his 2016 Chrysler 200 and fled northbound on Pioneer Drive toward U.S. 30. While officers interviewed the victim, they learned that there was a second victim, but of attempted armed robbery.

That victim told officers he was sitting in his car waiting on his wife to finish a doctor’s appointment.

The man said Shearer approached his car, opened the driver’s side door, pointed a handgun at him and demanded the vehicle.

Shearer said “I ain’t gonna shoot you” numerous times and continued to demand the car.

The victim told Shearer to go ahead and shoot him. Shearer left.

The second victim told detectives that Shearer approached him as he left LifePlex and was walking toward his car.

Shearer asked the man for a light for the small cigar he had. The victim told Shearer he had a light in his car. When the victim opened the door, Shearer pulled out his handgun and demanded the car keys.

The victim gave Shearer the keys and then took cover behind another vehicle. Shearer then asked the man how to start the car and shift it because it has a push-button ignition and a dial shifter. After the victim explained the process, Shearer fled in the vehicle.

Bohner said officers tried a “high-risk stop” near Meijer Drive on U.S. 30 in Kosciusko County. The suspect pulled to the side of the road, stopped and his passenger, later identified as Shearer’s brother, Avory Shearer, got out of the car. Clarence Shearer then sped off.

Shearer tried avoiding the stop sticks, but collided broadside with the passenger side of Archbold’s Dodge Charger. The collision’s impact sent the Charger into the westbound lanes of U.S. 30 and it burst into flames.

While Archbold was unharmed, officers were not able to get Archbold’s canine partner, Castorka, better known as Cas, out of the vehicle. The dog died at the scene.

Shearer was taken into custody at the site and later taken to Parkview Hospital in Fort Wayne for treatment of minor injuries.

Not long after the carjacking, officers discovered a Cadillac with a blown tire on eastbound U.S. 30 in Plymouth. The car was stolen in Chicago.

When Avory Shearer, 31, was booked into the Marshall County Jail, deputies discovered a driver’s license, social security card and multiple other pieces of ID with the owner of the stolen Cadillac’s name on them.

Ultimately, Avory Shearer admitted that his brother picked him up in Chicago in the red Cadillac and asked him to go with him.

Avory Shearer said he found a wallet in the car and put the contents in his pocket. He admitted it was wrong, but said he was broke and needed the money.

Avory Shearer said that as they travelled eastbound on U.S. 30 to Fort Wayne, the Cadillac got a flat tire. They tried changing the tire, but weren’t successful. That’s when Clarence Shearer told his brother to wait where he was and he’d be back. A few minutes later, he returned driving the Chrysler 200.

Avory Shearer said they hadn’t gone far when he noticed a patrol car with lights flashing behind them. From there, the pursuit was on.

Colvin also gave Shearer a 180-day sentence after Shearer pleaded guilty to a misdemeanor charge of unauthorized entry of a motor vehicle. The judge suspended 104 days.

Colvin ordered the sentences to be served at the same time.

With credit for time served and good-time credit, Shearer was released from custody following his sentencing.

Marshall County Deputy Prosecutor Matt Sarber previously said Avory Shearer is expected to cooperate in the case against his brother.

The most serious charge facing Clarence Shearer in Whitley County is the unlawful possession of a firearm by a serious violent felon. The count is a Level 4 felony, which is punishable by two to 12 years if convicted.