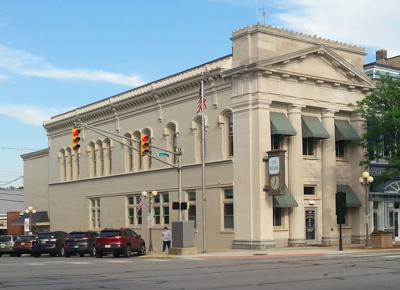 City Attorney Sean Surrisi told the Plymouth Redevelopment Commission at its meeting earlier this week that there will be a ribbon-cutting ceremony for the River Park Square Kayak Launch at 11 a.m. Tuesday.

While the kayak launch is not a redevelopment commission project, the city attorney shared the information with the members. The project was spearheaded by the Plymouth Parks Department.

The kayak launch is east of the pedestrian bridge at River Park Square.

The public donated $16,510 between September and November 2018 to create a second kayak launch within the city. The donations came from 141 people, Allie Shook, the parks department’s recreation and pool director, previously said.

The Indiana Housing and Community Development Authority matched $11,000 of the funds.

The launch was an estimated $60,000 project, park officials previously said.

The city’s lone kayak launch is at Centennial Park. With the new launch, the trip between the sites will take about an hour for floaters on the Yellow River, Shook previously said.

“We are very happy with how the launch is turning out,” Shook told the Pilot News in August. “This is a great addition to River Park Square and the City of Plymouth. We could not have completed this project without the support of our community through our CreatINg Places Campaign through the Indiana Housing and Community Development Authority. We look forward to seeing folks enjoy the asset!”