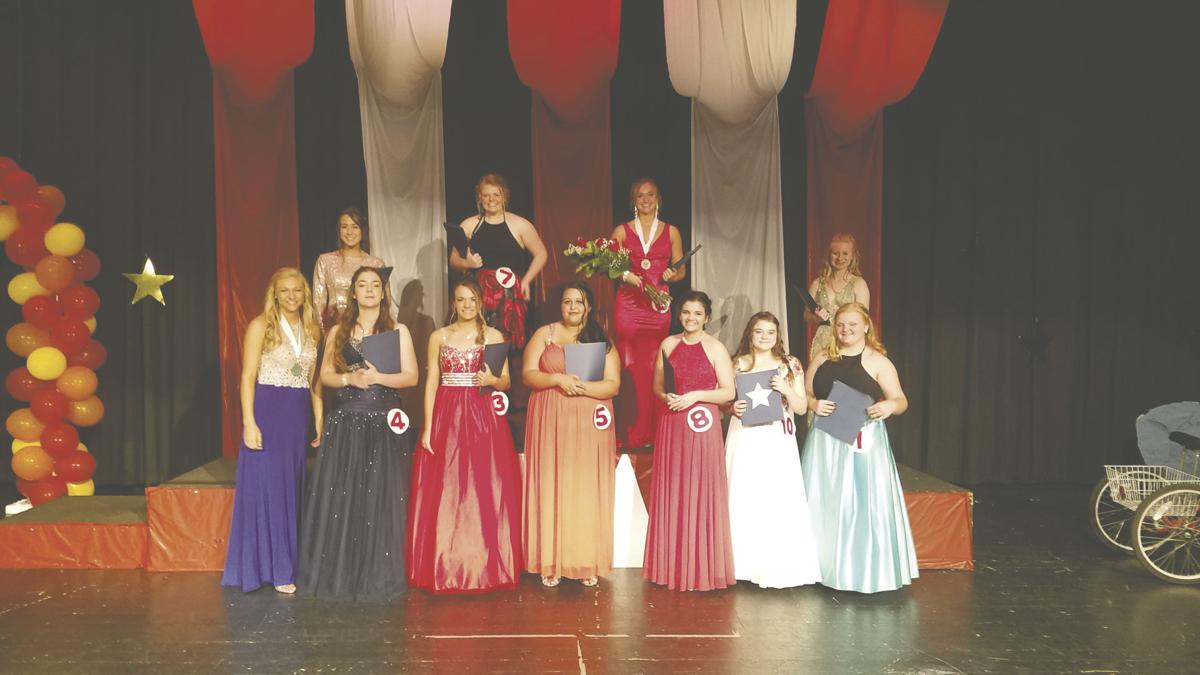 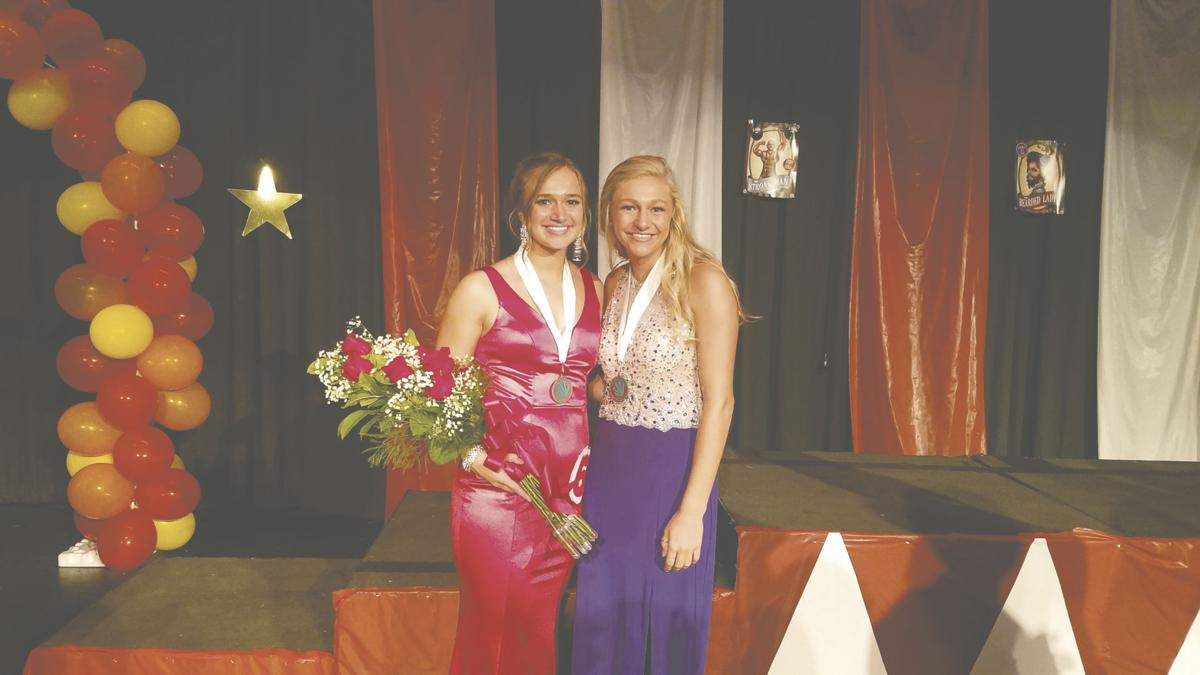 BOURBON — After a colorful presentation that can only be described as "The Greatest Show," Whytnie Miller was named the 2020 Distinguished Young Woman of Triton on Saturday evening.

Miller was presented with a $1,200 scholarship via the Breanna Lemler Memorial Scholarship Fund, a DYW medallion, roses and a commemorative plaque.

This year taking up the reins as "Ringmaster," Boyer set the tone for the 10 young women competing for the DYW title.

Judges for the DYW event, and who rated Boyer's performance an average of 9.4 out of 10, were Anna Bryant, Morgan Shrock, Kylee Hurston, Samatha Pew and Anna Gilsinger.

Distinguished Young Women, once known as Junior Miss, awards winning students with scholarships at the local level, and the opportunity to compete on the state level for additional scholarship funds and honors.

The contestants performed group routines for the self expression and fitness rounds, and had 90 seconds each to show their talents.

After judges had time to deliberate, a series of awards were announced, leading up to Miller's crowning. The winners of each category received scholarships, as listed below:

- Artistic Ad, awarded to the participant who designed the best poster ($100) — Taylor Cormican

- Ticket sales, awarded to the participant who sold the most tickets ($100) — Whytnie Miller

- Spirit of DYW, voted on by the contestants for who they believe best embodies the qualities of the competition ($200) – Brooklyn Patton

- Scholastic Achievement Runner Up, awarded for the first time this year due to the close proximity of winners ($200) — Caitlyn Ihnen

2019 DYW Abigail Powell, who is now a freshman at Purdue University in West Lafayette, performed and gave supportive words to the contestants of this year's contest and their families.

She presented the patriotic tribute of Ronald Reagan's "Honor," which was his speech honoring those who had fallen in service of the country.

She shared her personal journey with the DYW program and time with the Triton school system.

"It has been my pleasure to represent Triton as its Distinguished Young Woman of 2019," she said in farewell, before passing the title to the new winner. "I love this school and this community. I am truly blessed to have a onderful supportive family and to call this community my home."

The evening wasn't all about the ladies. The annual Triton Junior Mister competition showcased the male talent at Triton, and was open to any male students in attendance.

This year's winner was D'Angelo Shumpert, who faced tough competition from Brian, Tony and Trent.

Those who participated were tasked with a series of circus-themed trials. Round one had the four young men hold hands and figure out how to pass a hula hoop from one end to the next. The next round, which knocked out Brian and Tony, was a round of Bozo Cups. Finally, the deciding round had the two remaining competitors don a cut nylon sock stuffed with peanuts over their foreheads, and race to knock down a line of water bottles.

Shumpert overcame the competition and was awarded a $200 scholarship for his efforts.