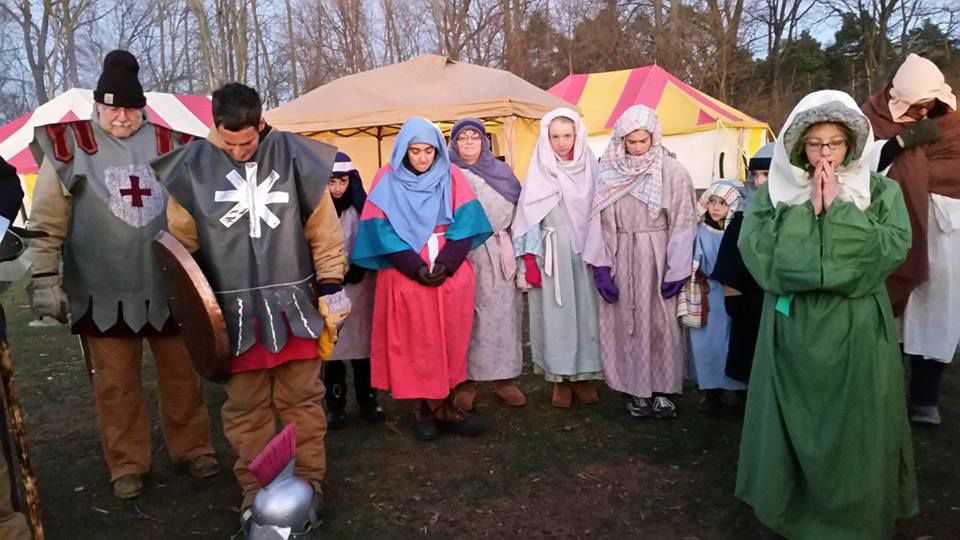 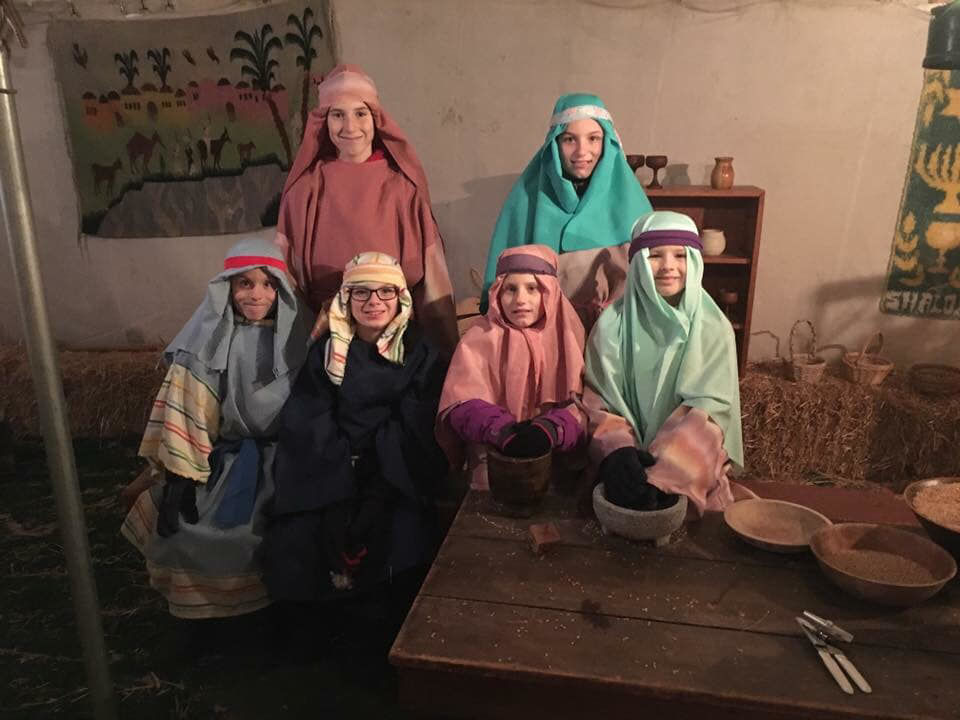 BREMEN — You won't need to book a flight to make it to Bethlehem next week; the 39th annual Bremen Holy Walk is Dec. 6 and 7.

The journey begins at Bremen High School, where participants register for the event.

Doors are open each night from 5 to 9 p.m., with tours beginning at 6 p.m. There is no charge to attend, but free will donations are accepted.

Upon registering, participants are given a group number and time. BHS will have live musical entertainment for those waiting for their turn.

But board member Mary Grebe said staying is not required. She said families could stop by the school to register then go out to dinner before their time.

As each group begins the tour, they will take a bus to Shumaker Park, by the Yellow River, while their guide introduces them to their story. Each group is considered a family, with a given name and town it hails from. The journey will have each group traveling between "towns," interacting with villagers and being stopped by soldiers along the way, as they move toward Bethlehem to pay their taxes.

"I think that's what makes Bremen Holy Walk so special why it's been so popular, is that each group (of about 25) travels with their 'father' or 'mother' — their guide — and get this rich backstory before actually beginning the walk."

Since the Holy Walk began in 1980, Grebe said not much has changed in the production aside from small improvements. And it's been successful each year.

"One couple, Bob and Reg Huff — they have a farm southeast of town, and Bob had this idea to reenact the night Jesus was born," she said. "At this time he was at Grace United Methodist Church, and they did that for several years and it got bigger and bigger."

She said they joined with Salem United Methodist Church for a few years, and as it continued to grow opened it to all churches in the community.

They eventually began working with the town of Bremen, which resulted in the use of Shumaker Park for the journey. Grebe said this cut down the distance of the walk, making it "more doable" for people, even in spite of potentially cold or windy weather.

"And, you know, the final stop of the journey having cookies and hot cocoa doesn't hurt, while the groups wait for the shuttle to take them back to the school," she shared with a laugh.

At the height of its popularity, Grebe said they held the walk for three nights, with 6,000 people coming each night. People would come in and wait for their tour to begin upwards of 2 or 3 a.m. — but she assures that is no longer the case. Now the last of the tours are finishing up by 11:30 p.m.

Grebe has been involved with the event since 1983, but this is only her second year on the board. Before that, she volunteered as a costumed villager. She said there are 150 costumed volunteers each night of the event.

"But even behind the scenes I'd say there's another hundred (volunteers) — bus drivers and refreshments, making cocoa, keeping the fires burning and the lanterns going," she said. "We're blessed to have so many people wanting to keep coming back and helping. It brings the community together, and I think the message is just so important, sharing the real meaning of Christmas."

And the school is becoming more involved.

"What's really neat this year is Shelby Frazier, the vocal teacher at the high school, is getting some 'angels' for me, so volunteers from the show choir," Grebe said with a smile. "And Matt Sutton, the band director, has gotten me four 'Gabriels' to blow the trumpet and announce Jesus' birth. They've really stepped up to help out this year."

And this year is a significant one for the Holy Walk board, as the members are handling the loss of their chairperson, Jeff Welborn.

"He passed away in June unexpectedly; he was just 70," Grebe said. "But he did so much, so this year we really have to rely on God to provide, since Jeff did everything. ... So in a way we're doing this in Jeff's memory. Obviously the night is about God, centered around Him, but we really do want to keep (Welborn's) memory in mind as well when we're putting this together."

She added that the Holy Walk is transitioning to the next generation.

"Pretty much everyone who started it is no longer with us," she said. "But we (the board) start meeting in summer, ... and I think we'll be around for quite some time. People respond well to our message, and so many people we've heard from over the years have expressed that it's important for the community, and for God."

This year, though, the board has hit one barrier in its preparations: new state laws have made it more difficult to use school buses as shuttles.

The Holy Walk Facebook page was updated with the requirements for using the shuttle earlier this week:

"A new Indiana school bus law requires pre-k age children to be properly restrained within the vehicle to allow participation in the Holy Walk. If you have an infant under 1 and less than 20 lbs, you will need to bring your own infant seat to accommodate the law. Car seats will be provided for those children needing larger seats. The accommodations that we have been able to arrange, may extend the wait time for groups with smaller children."

Grebe said regardless of any issues that have arisen or may arise, they will find a way to make the event work for as many people as possible.

"Because really this is to give God the glory, and to share Jesus with others," she said. "It's really important for a lot of people."