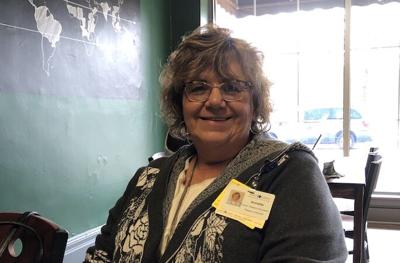 Tobacco are the cured leaves taken from the Nicotiana Tabacum plant. They are processed for ingesting by smoking, chewing, or sniffing. Nicotine is the addictive chemical in tobacco products. The Food and Drug Administration (FDA) reports: Nicotine is a highly addictive chemical compound present in the tobacco plant. Tobacco products including cigarettes, cigars, smokeless tobacco, hookah tobacco, and most e-cigarettes contain nicotine.

Exposure to second-hand smoke can cause minor and major, short term and long term health concerns for children and the community. Asthma, cancer, respiratory illness and heart disease are just a few of those risks.

Third-hand smoke is formed from second-hand smoke particles when they combine with other particles in the atmosphere to form “nitrosamines” which are cancer causing chemicals.

Smoke particles can cling to hair, clothes, walls, and furniture. Children who attend school among their peers may experience discomfort from the residual smell of smoke on the hair and clothes. Haining reported that more than 50% of students are exposed to smoke on one or more of the past seven days at home, in a vehicle, at school, work, or in public places.

There is no such thing as a safe level of exposure to tobacco smoke; first-hand, second-hand or third-hand.

Women who are pregnant are advised not to smoke. When a pregnant woman uses tobacco products; the nicotine can cross the placenta and cause negative outcomes including but not limited to premature labor, low birth wait, respiratory failure at birth, and sudden infant death syndrome (SIDS). Data reported in 2019 showed that 11.5% of pregnant women smoke in Indiana, 9.9% of pregnant women in Marshall County smoked. Additional risks to the infant are reduced lung and brain function, along with risks of cleft lip, cleft palate or both.

Smoking damages the immune system and may increase the risk of viral infections including influenza, bronchitis, pneumonia, and COVID-19 to smokers and those exposed to smoke.

Adolescents who are still developing have a higher risk of addiction to nicotine. E-cigarette rates among high school students increased from 3.8% in 2012 to 18.5% in 2018. New data is pending. E-cigarette flavors appeal to youth, including fruit and mint. New legislation Indiana’s Tobacco 21 law, which went into effect on July 1, 2020, prohibits the use of tobacco until the age of 21.

Using data from 2019, Haining said that 1 in 5 Hoosier adults smoke. Marshall County reported a population of 47,051; with a total of 10,677 smokers. She noted that Indiana’s average percent of adults who smoke was 21.1%, 16.1% was the national average in the United States; Marshall County was at 31% which was higher than both the state and national average.

Haining advocates for stronger local smoke-free policies in Marshall County. She advocates for schools, hospitals, behavioral health treatment centers and colleges be declared smoke-free grounds. She plans to pursue smoke-free policies in multi-unit housing properties and for all workplaces. Haining has witnessed first hand the damage that smoking can do to loved ones; including the impact of second-hand smoke exposure to her husband when he was a child; both his parents smoked and he has had asthma since he was six months old. Even though he is not a smoker, he is still experiencing the long term effects of that exposure. His father now battles throat cancer.

Her own father also smoked. “My dad smoked. I remember my mom washing and painting the walls.”

Her brother, who smoked two packs of cigarettes a day, died from a stroke.

The World Health Organization (WHO) reports that tobacco users need help to quit. Studies show that 4% of attempts to quit fail. Professional and medical support can more than double the success rate of quitting. Help is available. Focused care is available through Indiana’s Tobacco Quitline. Call 1.800.QUIT.NOW, go to quitnowindiana.com or contact Haining by email at Annette.Haining@sjrmc.com, call 574-948-4988, and follow “Breathe Easy Marshall County Alliance” on Facebook.

Haining emphasized persistence. “Sometimes it takes five, six, seven or eight times to quit. Don’t quit quitting! It’s just like anything else. Don’t give up.”

Women who are pregnant are advised not to smoke. When a pregnant woman uses tobacco products; the nicotine can cross the placenta and cause negative outcomes including but not limited to premature labor, low birth wait, respiratory failure at birth, and sudden infant death syndrome (SIDS).

Children can experience frequent ear infections, colds and respiratory illnesses from exposure to second-hand smoke. Apart from the negative health consequences of smoking; the cost of smoking impacts financial resources needed for food, clothing and shelter. The average retail price per pack of cigarettes in Indiana costs $5.75 a pack (tax of $1.37 per pack included). A pack of cigarettes costs approximately 80% of one hour of work being paid at the minimum wage rate of $7.25 per hour.

The Food and Drug Administration (FDA) reports that living in a smoke-free home can help pets live longer. Though data is limited, dogs, cats, birds, pocket pets to include guinea pigs, and fish all suffer potential negative consequences when exposed to cigarette smoke; including but not limited to cancer.