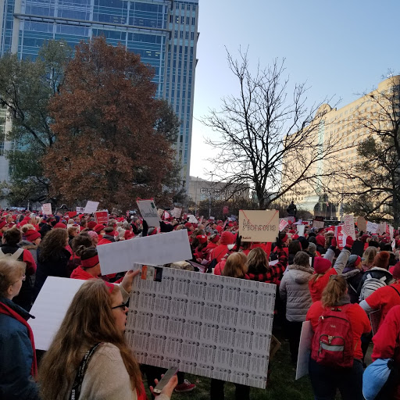 PLYMOUTH – A Pilot News poll determined most respondents were in favor of school districts closing on Tuesday, Nov. 19, so area educators could travel to Indianapolis to lobby the Statehouse for education reform.

Original question: The South Bend School Corp., School City of Mishawaka and North Judson-San Pierre have announced that classes will be cancelled on Tuesday, Nov. 19, for the Red for Ed Action Day at the Indiana Statehouse in Indianapolis.

The day of action is to lobby state lawmakers to increase resources for school districts statewide.

Do you believe school districts in Marshall and Starke counties should also close on Nov. 19 for Red for Ed Action Day?